The primary complaints to Rabbi Braun's election were:

(a) There was insufficient time between the announcement of Rabbi Joseph Shaya Braun's candidacy and the elections; this prevented people from conducting necessary clarifications.
(b) Rabbi Braun does not have a Yadin Yadin semicha.
(c) He also does not have a Yoreh Yoreh semicha.
The rulings on these issues are:
In light of the above, it is clear that Rabbi Yosef Shaya Braun shlita was elected in accordance with halacha. The entire public must honor him and all the other rabbis of the community must cooperate with him,etc., etc. 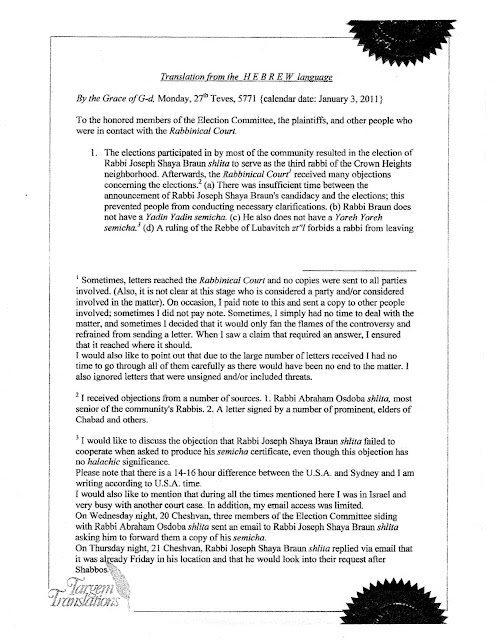 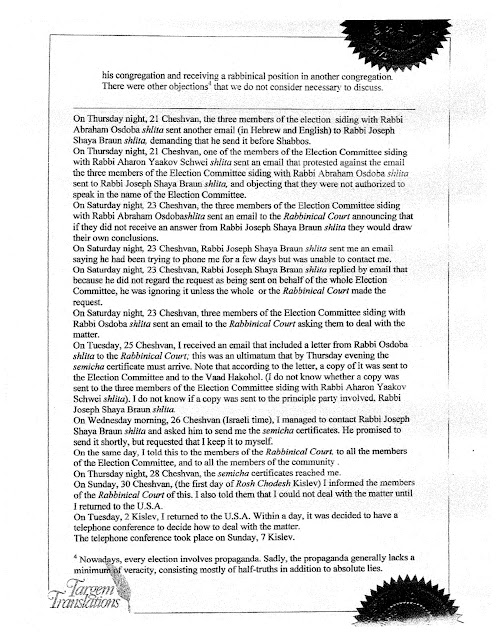 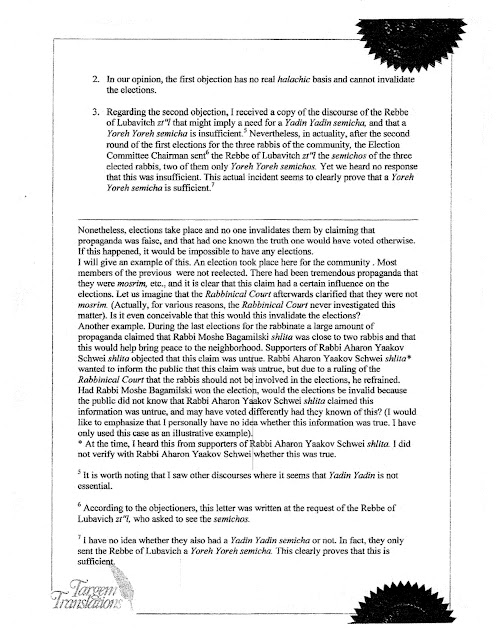 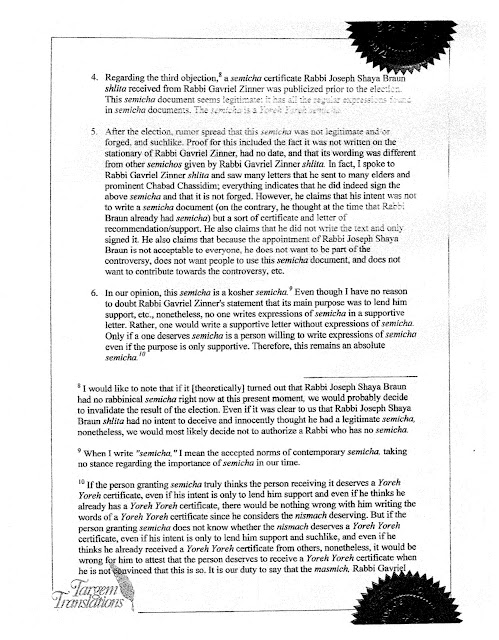 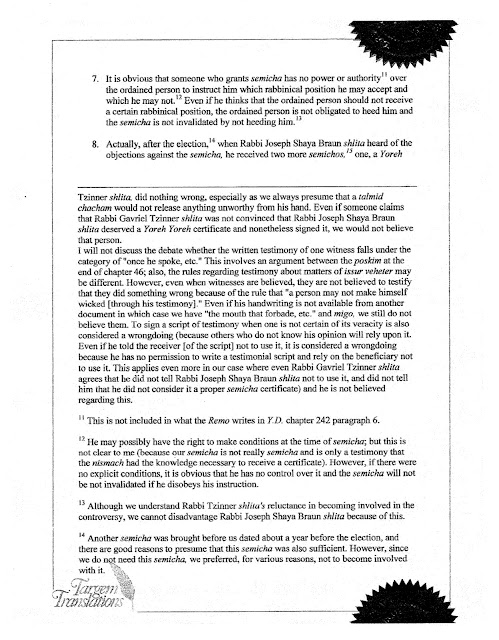 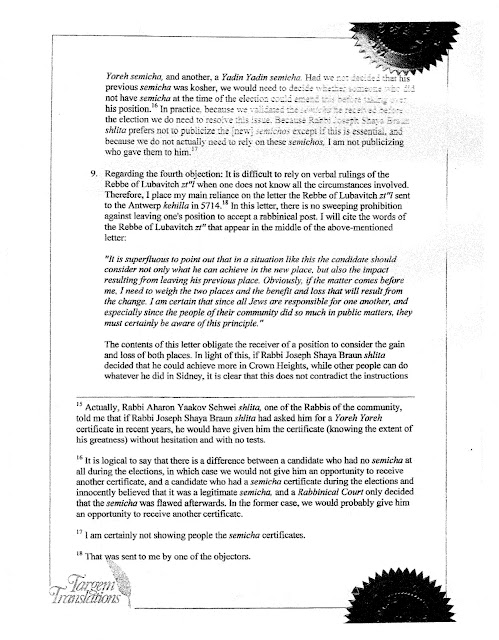 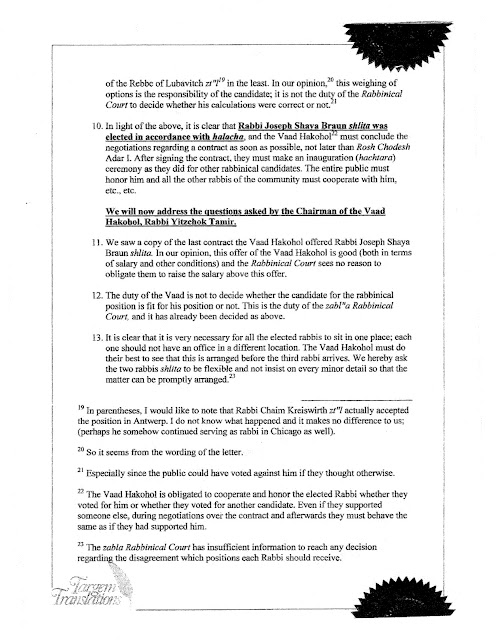 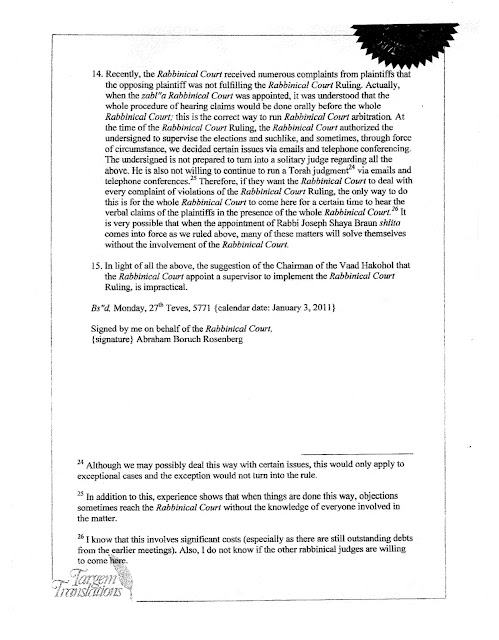 If there is something you wish us to address in a post, or if you have constructive comments or suggestions, please email us at crownanash@gmail.com